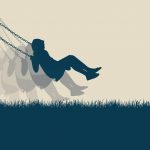 A new play by Paul Swift

“I was thinking you were a nice friend.”

SPECIAL is the story of a man called Terry and an 11 year old girl called Megan. The story happens in a park, over 3 days in June 2015.

“I’m sorry for what I said before, about you being a mong. I didn’t mean it, but you were just singing and you wouldn’t stop… Why do you do it? Is it cos you’re upset?… When I get upset I eat stuff. Mars Bars, Bourbon biscuits, custard creams. That’s why I’m fat. Tasha says I should have my own TV programme, ‘Totally Humongous Welsh Kids’.”

It begins when Megan and her friends go to the park after school to meet a teenage boy they’ve “chatted up” on Facebook, but the only person in the park is an “old guy” called Terry.

The children tease Terry and run away, but Megan leaves her bag. When she returns, Terry has it. Megan finds out that Terry isn’t what she thought, and they have more in common than she could have imagined.

SPECIAL is a story about friendship, bullying and not fitting in.

“I was upset because this sort of thing really happens.” (11 year old)

“It was excellent. The young people were totally engrossed throughout.” (TEACHER)

“It was really good. I thought the actors were brilliant. I felt angry at the end, and I wanted to know what happened to Terry. I hope he gets to see his mum.” (16 year old)